Blog
You are here: Home / Blog / Leadership Learnings / Listening Between the Lines – Part One: Critical Components of Rich Li... 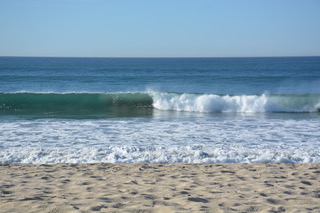 It has happened to all of us. You are talking. Telling your best moment of the day, your new insight, a novel idea, or a story dear to your heart, when you are suddenly and abruptly aware that the person you are speaking to isn’t in the conversation with you any longer. Yes, they are physically present, but they are not really listening anymore.

Something has taken them off into their own thoughts, worries and priorities or they are listening to a sidebar conversation nearby. You stop and think about what has been lost here and your feeling of importance to that person has been severely compromised. You try not to take it personally, but there is an aspect of denigration in that experience that is hard to shake.

I know that when I am sharing insights and stories, I need to be heard, seen and understood. As a person who has held many different roles – educator, coach, wife, sister, niece… the need to be listened to well, and deeply, is paramount to the success of the relationship no matter what hat I was wearing.

I believe that “listening” is a word we use often, but we don’t understand it richly. Listening well, I believe, is more than taking a course in ‘listening skills’. It is more than a veneered, literal understanding of the word; where a ‘paraphrase’ response is an indication that you are listening.  Paraphrasing is an important skill to be sure, but it is very basic. There is a severe instrumentalization that is applied to others if we think that this embodies listening to another person in a  thoughtful, inspired way.

This kind of listening is of the first level, a starting point. There are many other deeper and more fulfilling aspects of listening that are needed to engender a relationship of genuine and generative richness.

What is Rich Listening?

What is rich listening? It involves the ability to truly hear, into the world, and into the words of the person speaking – to engender a space for them to dream, to action, to activate and to come alive.

In current neuroscience, there is an actual reorganizing of the brain waves when we meet with, and are in the presence of, someone who is truly on the same wavelength as we are. This involves listening and a degree of resonance.

What might it mean to give someone ‘a good listening’? How does the lived experience of that kind of listening hearken spirit for the listenee and the listener?

As the auditory confirms, when we listen, sound waves are being vibrated between two people. There is a resonance of sound.

Let’s begin with the word resonate. The etymology of “resonate” comes from the Latin resonatus to sound again. From the Mid 15th century resonate is a prolongation of sound by reverberation in acoustics, that is also related to the Latin – resonantia or echo.

The etymology of “listen”, Kylo is related to the Greek where we are called with a sense of hearing, ears sounding or ringing. Another etymology of the word listen, builds upon the Latin cluere, to hear oneself be called, cleanse, make clean, purify, be named, be reputed.

These etymologies of the word listen herald onto the sense of hearing and the vibrations of sound that engage attention and request an action to be responded or called upon.

There is an implied sense of hearing oneself be called. Even more interesting when cleansing is mentioned. In listening, how might it become possible to be cleansed, to make clean, or to purify? This suggests an opening to the interweaving of other energies and other breaths – an airing, if you will, a release, an opening, like opening the windows for the first time after a long cold winter. A letting other ‘wise’ be .

Listening – to be named, called, reputed… How might listening name me? Call me? Repute me? A sense of deep inquiry rests around the space that listening opens up.

This leads us to the etymology of the word name. “To be named” is the world listening you into being, a way that is often taken for granted. Names are seen as just names. Literally taken they act as labels. But there is so much more than that,  to name, to call, to appoint.

The Being of Listening

How can we understand listening differently? When listening becomes a topic of learning, or of analysis, it is often done by outlining the skills of listening. However, I would suggest that we know, instinctively, when someone is a strong listener, one who “listens richly”. Someone who can “hear between the lines”.

Yes, the analytic character of listening is a way of making the listener more able to understand another’s message. But what makes this listener able to deeply understand and become open to the ideas of another? Not just for correct understanding, but for depth, insight and empathetic accuracy?

In human relations, the important thing is “… to experience the Thou truly as a Thou – i.e., not to overlook his claim but to let him really say something to us. Here is where openness belongs. But ultimately this openness does not exist only for the person who speaks; rather, anyone who listens is fundamentally open. Without such openness to one another there is no genuine human bond. Belonging together always also means being able to listen to one another.” (Gadamer, 2013, p. 369). 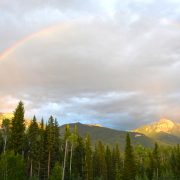 mtbi Listening Between the Lines - Part Two: Listening to Self “It Takes A Lot of Slow to Grow”
0 replies

Want to join the discussion?
Feel free to contribute!

What Factors within Organizations and Individuals Might Create the Conditions...

mtbi Listening Between the Lines – Part Two: Listening to Self “It Takes...
Scroll to top
Posting....